The body can go at least 2 or 3 weeks without any food. Depending on the temperature and your activity levels, it can go at least 3 – 5 full days without water. Neither of these factors is a concern for most people living in a developed country, regardless of their economic situation.

But what about sleep?

Why do so many of us take this, the most important of all daily activities, so casually?

How many would sacrifice an hour or two to spend extra time with a friend? To watch the latest and greatest CGI feature from Marvel Comics at the theater?

A massive majority of people spend sleepless nights lying in bed thinking about all the stressors they had to deal with that day, and the mountain of worry that will be waiting for them when they wake up.

Somewhere between 30 and 50 percent of Americans suffer from insomnia more than once per week. Even worse, a few years ago it was estimated that upwards of $64-billion is spent by North Americans on prescription and other treatment costs for insomnia on an annual basis (source).

Sleeplessness and insomnia are an epidemic that causes serious health problems.

What are the effects of long term sleep deprivation?

Here’s a few health-crippling reasons why you need to spend more time minding your sleep habits.

A 2013 study out of the UK observed that prolonged sleep deprivation of just one week resulted in up to 700 genetic changes in our body. What were some of these changes, you ask? Just some of the most important factors for controlling disease, metabolism, stress management and – surprise, surprise – getting processes needed to get adequate amounts of sleep, just to name a few. It’s quite safe to say that none of the results gleaned from this research were in favor of getting less sleep.

This side effect will come as no shock to most who read it. Those who can still thrive mentally after even one night of poor or no sleep are so rare they likely don’t even exist. Though if you’ve ever witnessed a hospital emergency room in action, many of us would put medical healthcare providers in the “maybe” column for professionals who can indeed run on mental “fumes”. Consider that every single process in the body has to be routed through the brain and that it can become tired just as easily as any other muscle (yes, it’s a muscle). When it becomes tired, things like cognition and memory go straight out the window.

There’s a very compelling scientific reason behind sleep deprivation’s effects on bodyweight. For some strange reason, the body ramps up its production of the hormone responsible for our hunger response, called ghrelin. Worse, leptin, the hormone that tells our brain our stomach is full and to stop eating is also reduced as we get less sleep. Essentially, sleep deprivation makes us want to eat more food, more often, and the “off switch” for hunger stops working (source). 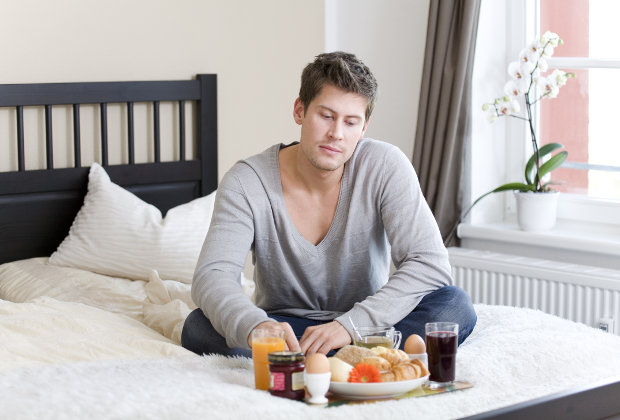 Unfortunately, this sleep-deprivation-related problem extends far past the initial insulin resistance that’s leading us toward the current projections of 366,000,000 type-2 diabetics in the year 2030! There have been numerous studies into less-than-optimal sleep schedules and increases in insulin resistance. These studies aren’t promising for those who like to burn the midnight oil often. Sleeping less than 7 hours per night has a marked increase in insulin resistance, even in the face of a low sugar diet (source). Diabetics are more likely to develop diseases of all kinds including cancer, kidney, liver, and have a 65% higher heart disease and stroke risk!

Insulin resistance and high blood glucose is just the beginning of a vicious cycle brought on by diabetes. As the disease progresses, cholesterol levels rise and the good/bad ratio between LDL (bad) and HDL (good) falls by the wayside, serum triglycerides rise, and arteriosclerosis (ie., narrowing of the arteries) becomes near inevitable without intervention. And this is just one factor in heart disease. Consider that sleep deprivation will have you in a constant state of stress due to higher cortisol (ie., stress) hormones, be carrying more weight around than is ideal for your body type, and that you’ll be eating more of the foods that you shouldn’t. All this makes for a perfect recipe for heart disease and stroke.

Who would think that sleep deprivation can make our bones weaker and more susceptible to fractures and breakage? While long-term studies have only been performed on mice and rats at this stage in time, the results indicate that we need sleep just as badly as we do calcium in order to ensure strong bones. Even more frightening is how fast the rodents who were studied started to lose significant bone density. Just 72 days is all it took for the early onset of osteoporosis to begin.

This is another health risk that doesn’t have a great deal of tangible data to back it up. But keep in mind that the body needs sleep to recoup from inflammation and injury, and cancer is a disease born largely due to uncontrolled inflammation in the body. This study showed over 300 out of 1240 patients diagnosed with colorectal cancer got less than 6 hours sleep per night. Another study, discussed here, showed an increased recurrence of breast cancer in women who get less than 6 hours of shuteye every night.

If you don’t relish the idea of dealing with these or any other sleep-deprivation-related health disorders in the future, it might be time to rethink just how much sleep is actually idea for you, if you don’t currently get the 7 – 8 hours that’s currently recommended by most sleep experts.

So strange that the most important daily activity humans and other animals need so much has the power to end our life earlier than nature intended, isn’t it?