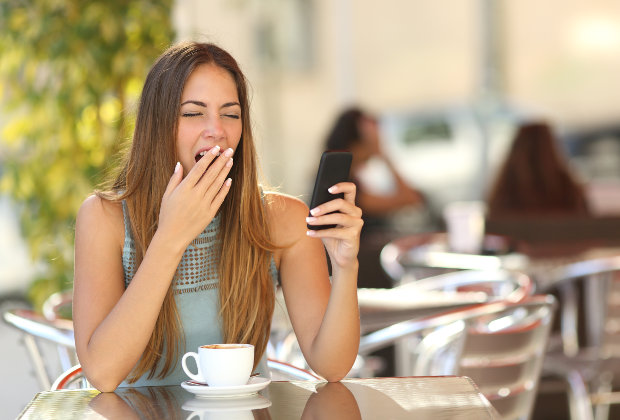 What is it all the mainstream experts are saying these days about how much sleep we all need?

It’s hard to keep up with all the advice about how much pillow time we all need, but there’s one thing that’s for certain: Don’t get enough and you’ll certainly feel it!

Are you sleep deprived? Watch for these signs

Here are just a few signs that you might not be getting enough shuteye:

1. You have the memory of an eighty year-old!

And you’re not even middle aged yet! Or maybe you are but you’ve always been considered one of the sharpest knives in the drawer by your peers. The fact is our brain needs sleep to rejuvenate. See, the brain never really gets to rest completely like much of the rest of the body does, it’s constantly working with our nervous and organ systems to keep the home fires burning strong.

But during rest, brain cells regenerate and repair, brand new neurotransmitters are created, and science is now discovering that certain toxic molecules that accumulate in brain cells are mostly removed during sleep only (source). If your memory’s shot and you don’t sleep much, don’t rush out and book an appointment with your neurologist just yet!

2. You’re moody and impulsive, despite being someone known for their pleasant disposition

For much of the reasons mentioned in the previous paragraph, our inhibitions are lessened when we don’t get enough sleep. The brain, nervous system and body just don’t operate in tandem (and in peace) like they do when we get at least 8 hours of restorative sleep daily.

3. You’re hungry even when you shouldn’t be and have the new clothes to prove it!

You eat constantly and your pant-size keeps climbing despite getting lots of exercise. There are a number of nasty hormonal processes that contribute to this particular consequence of sleep deprivation. Three metabolic hormones in particular can make you go from Slim Shady to Fat Albert pretty fast if you don’t get enough shuteye: ghrelin, leptin and insulin.

Ghrelin tells us when we’re hungry and leptin tells us when we’re full. It doesn’t take a genius to figure out what’s going to happen when these two don’t work as they should. Worse, this study found that our body stops using insulin (responsible for regulating energy and keeping blood glucose normalized) properly after just 4 days of being sleep deprived. Insulin has a direct effect on both ghrelin and leptin. Getting fat in this case is just the least of your problems if this is you, as this hormonal foul-up is the direct precursor to diabetes (learn more).

4. You’re constantly ill, even with a clean bill of health from the doctor

This applies to illnesses of all kinds, since our immune system produces most of the cytokines it uses to fight infection and inflammation during sleep, not during the waking hours of the day.

A 2009 study followed 153 participants over the course of 2 weeks to determine how lack of sleep affected the immune system, particularly one’s ability to fight off the common cold. The results concluded that people who slept less than 7 hours were 3 times as likely to get a cold as those who slept for at least 8 (source). The body sure can get a lot done in an hour, no? 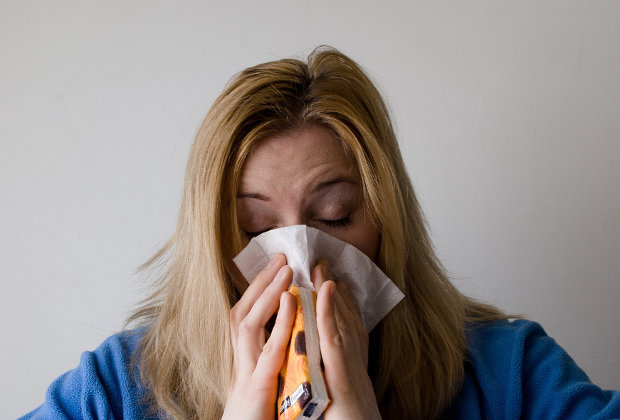 5. You can’t make even the simplest decisions anymore

A 2009 study performed by the Sleep Research Society found that decision-making was severely hindered in individuals suffering from sleep deprivation. Researchers lined up 49 healthy young West Point Cadets; 21 to run on less than optimal sleep, and 28 to get normal levels of sleep (ie., the control group).

6. You’ve become like that klutzy dork you used to make fun of in high school

The title is meant purely tongue-in-cheek. Bullying and making fun of people isn’t cool at all. When we become sleep deprived, our motor skills get out of whack and can make walking a straight line down the sidewalk almost impossible. Worse, those suffering may not even notice this change in motor skills until, and if someone points it out to them.

7. You take things far too seriously on an emotional level

There’s no telling what direction things will go emotionally when you deprive yourself of sleep. Some get moody, as described above. Flying off the handle for missing out the Travelocity Groupon Coupons you’ve been waiting for since yesterday.

Other people will get giddy, to the point you’d swear their was a little leprechaun in their shirt tickling them. And still others might seem like they’re constantly falling to pieces over the slightest thing, crying uncontrollably for minutes or even hours at a time. Any sudden major change in behavior deserves further investigation.

8. You’re finding it hard to see these days, particularly when trying to read

Sight is something that we all take for granted for most of our life. When our brain and nervous system don’t get enough rest, the muscles in our eyes don’t work as well. This makes it harder in general to focus – both on things far off in the distance and during up-close tasks like reading that require a lot of work on the part of our “focusing muscles” called the ciliary muscles. This sleep deprivation issue is much worse in people who have eye problems to begin with.

They don’t call it beauty sleep for nothing. Not that older folks aren’t beautiful, it’s just that we all lose that youthful glow as time takes a toll on our skin and hair. Causing wrinkles, dark circles, fine lines, along with gray and thinning hair.

Failure to get enough sleep seriously accelerates this part of the aging process (source). Poor skin health, and graying or thinning hair is a later-stage sign of sleep deprivation and if you’re not getting enough zzz’s, it’s time to take charge before things get out of hand.

Ivan Widjaya runs several online magazines. He is battling sleep deprivation for years, and learning on day-by-day basis on how to get better sleep habits.

VitaSleep PM: Your Key To A Good Night’s Sleep